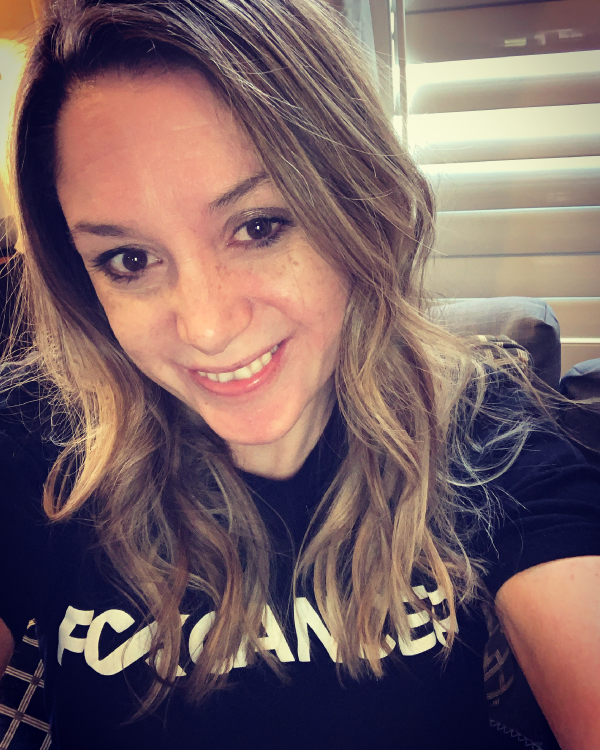 Naomi is a 35 year old career loving Mum, in her spare time (ha ha!) she likes to play soccer and go snowboarding.  Naomi’s Cancer journey began when her daughter was just 2 months old, while sitting alone in a doctor’s office for what she thought was a routine follow up; she heard those horrifying words we all never (but have) want to hear — “you have cancer” (Cervical Cancer).  While starring down the terrifying barrel of this news, combined heavy decisions looming and new mum duties she felt defeated, it was at this moment she was handed a package of things from the hospital social worker. In this package was some information on Pink Pearl, along with a bracelet affirming “Stronger”- there was hope! From that moment on, it was full speed ahead, a radical hysterectomy followed by a 7-week course of radiation once she had recovered from the surgery.

A few months later, she was able to attend one of the infamous pink pearl retreats. It was everything she had hoped for – Supportive, encouraging and liberating! After completing this retreat – Naomi states it felt as if she had completed years of therapy. Feeling so much lighter from all the darkness. It was at this moment that she promised herself that once she could, she was going to help give back to this life changing charity. Here she is – giving back as an ambassador for Pink Pearl.